Biobased materials on the radio via Vincent Placet! 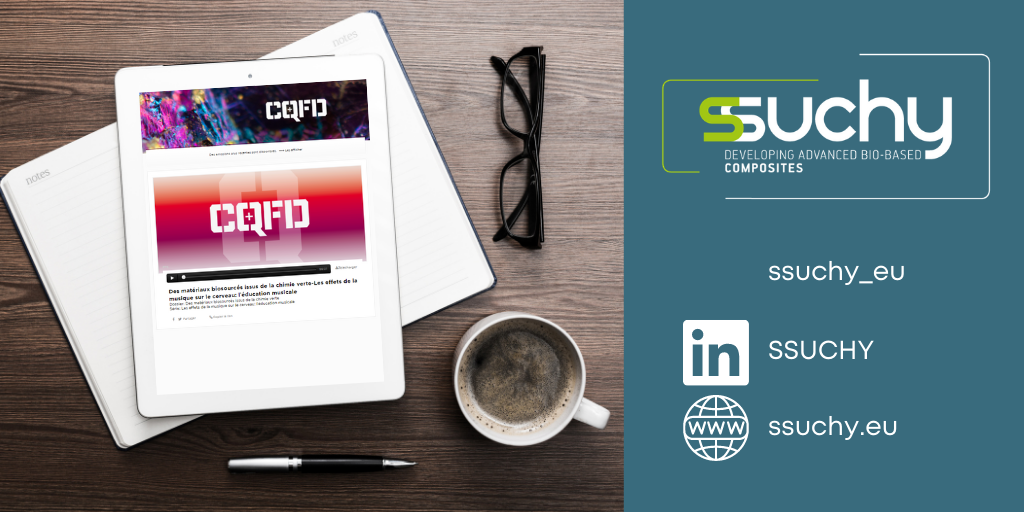 *SSUCHY coordinator Vincent Placet was interviewed by the Radio Television Suisse (RTS), presenting what the University of Franche-Comté (FEMTO) is developing to replace fossil-based composite materials with biological sources through green chemistry.

During a radio program conducted by RTS in 2020, our project coordinator, Dr. Vincent Placet, began to explain how annual plants such as flax and hemp, well known in Europe, could be used to manufacture composite materials for structural application purposes. “The motivation behind this idea is to reduce the environmental impact of fossil and non-renewable sources by replacing them with biological and renewable ones, with crops grown on marginal lands that do not compete with food. Another advantage for the transportation sector will be the reduction of the energy needed to cover the distances since bio-based composites are lighter than their fossil-based counterparts” – stated Dr. Placet.

SSUCHY’s coordinator also described the challenges faced in developing biocomposites substitutes for semi-structural parts which are not only technical-technological but also economic. Some of the mechanical properties such as the load-bearing resistance, the thermal resistance of bio-based composites are more modest than for glass and carbon fibre composites and their moisture content can be a weakness.

In addition, he mentioned that bio-based resins must be manufactured in compliance with green chemistry, i.e. the a bio-based origin is important but not sufficient and it is necessary that all the transformation steps from initial synthesis to the final polymer respect the principles of green chemistry to really limit their global impact on health and the environment & human health. To that extent, the overall production process must work towards minimizing energy and polluting solvents consumption, while limiting the production of hazardous intermediary molecules.

Finally, Dr. Placet highlighted the FEMTO demonstrators developed in collaboration with various industries. One cited application related to the high-end audio sector with the example of loudspeakers where plant fibres have shown better damping capacity than those of synthetic origin. Additional cited prototypes were related to the transportation industry such as the mainframe of a scooter, the cockpit of an airplane cabin or the interior of a car. All of them are related to parts of SSUCHY’s work.

SSUCHY is proud to know that our partners are taking voice to talk about the overall context in which the project is acting. Indeed, it takes a village and – even more! – a continent, to solve our current ambitious technological, economic, environmental and social challenges.

Listen to the full interview